Charles Leclerc on pole ahead of Carlos Sainz, George Russell out in Q2 for Mercedes; Watch Sunday’s Miami GP live on Sky Sports F1 at 8.30pm, with build-up from 7pm 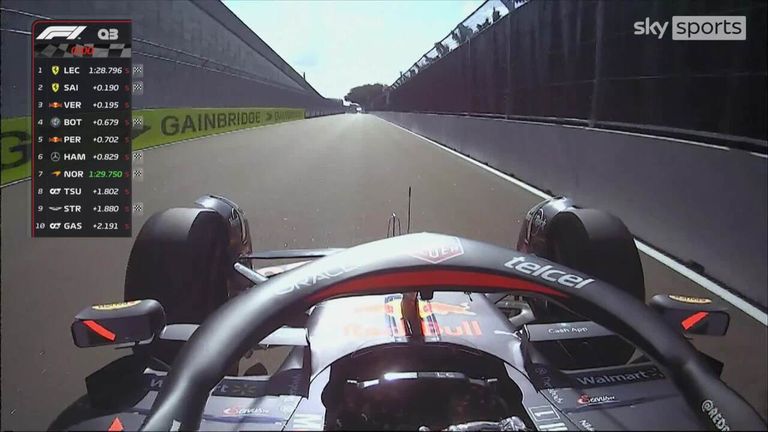 Championship leader Charles Leclerc will start on pole position for the inaugural Miami Grand Prix after leading a Ferrari one-two in a fiercely-fought qualifying as top spot slipped through Max Verstappen’s fingers.

With drivers pushing the limits of the fast new street track that surrounds Miami’s Hard Rock Stadium, Verstappen had led heading into the tense final laps before behind leapfrogged Leclerc and Carlos Sainz.

Trying to retaliate, Verstappen – Leclerc’s closest title rival – made a critical error through the first sector on his own final lap of Q3.

Leclerc eventually topped the shootout by 0.2seconds from Sainz and Verstappen, taking his third pole in the season’s first five races, while Ferrari have their first front-row lockout since Mexico 2019. 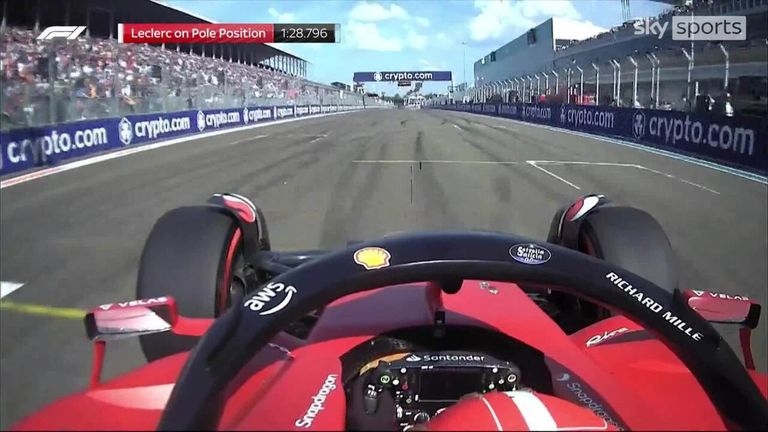 “We are starting on pole and we need to finish the job,” said Leclerc, who made a costly error at the last race in Imola. Verstappen, meanwhile, focused on the positives despite his mistake and insisted he was “surprised” he was even in the fight for pole after missing much of Friday’s running.

Mercedes, having topped Friday to prompt hopes of a three-team fight, were never in contention in Saturday’s qualifying and Lewis Hamilton was their lead car in sixth and 0.8s off the pace.

George Russell, who was fastest in Practice Two, didn’t even make Q3, knocked out in 12th as he complained of “bouncing” and having “no confidence” in a W13 car that was no match for the Ferrari and Red Bulls. 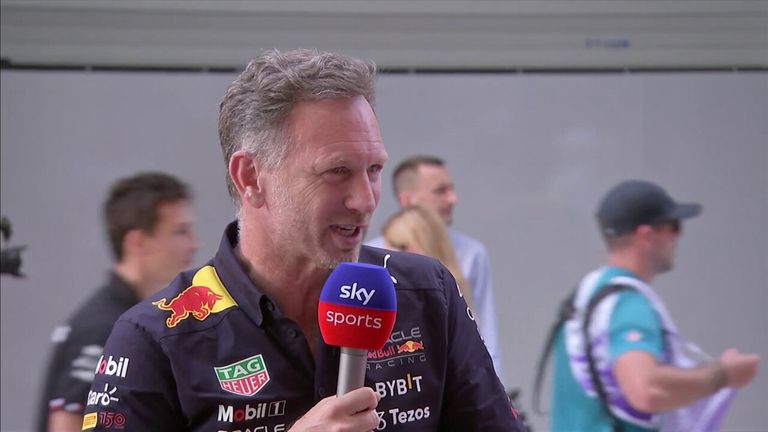 Christian Horner feels it will be a fascinating contest battling the Ferrari’s in the race after a small mistake cost Max Verstappen pole position.

Christian Horner feels it will be a fascinating contest battling the Ferrari’s in the race after a small mistake cost Max Verstappen pole position.

Fernando Alonso and Daniel Ricciardo were other the surprise Q2 casualties.

Hamilton, while returning to Q3, will start behind former team-mate Valtteri Bottas on the third row of the grid, with Lando Norris eighth.

Souness: What genius gave Rangnick the job? | Dublin: Ronaldo smiles summed it up