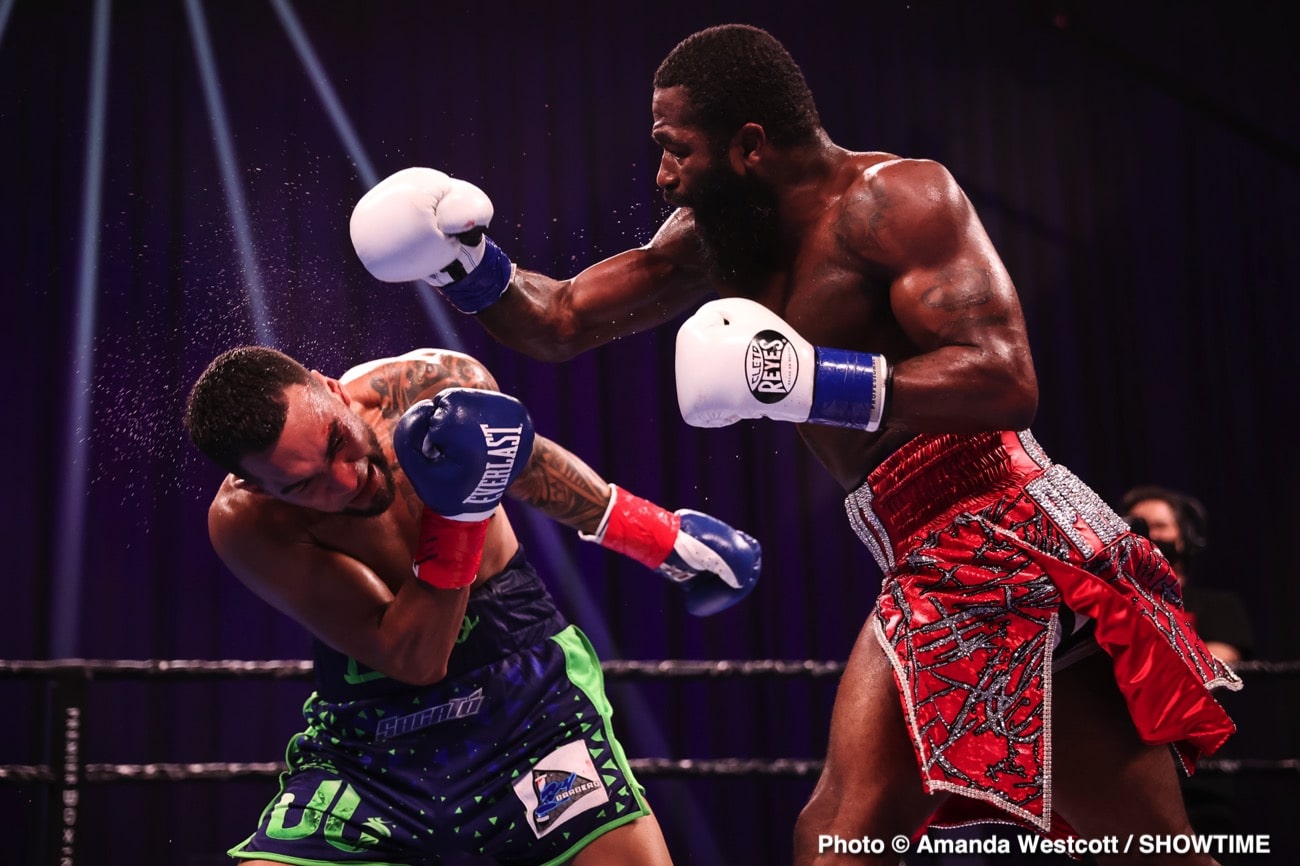 By Chris Williams: Adrien ‘The Problem’ Broner is looking sharp, training for his return fight this summer on Showtime. The former four-division world champion Broner (34-4-1, 24 KOs).

In the video of the 32-year-old Broner training, he’s beating the living daylights out of one of his sparring partners, showing the form that has been missing from him since 2012 when he was a force of nature at 130 and 135.

Broner needs a second chance to turn his career around, train hard, stay active and be the fighter that many believed would carry the sport on his back ten years ago.

Everyone needs a second chance, and Broner is deserving of one to fix all the mistakes he made a decade ago when he failed to dedicate himself to the sport the way he needed to take over for Floyd as the #1 guy in boxing.

Broner hasn’t fought in 14 months since beating the always tough Jovanie Santiago by a 12-round unanimous decision in February 2021 on Showtime.

It’s understandable why Broner didn’t look good against Santiago because he was coming off a 25-month layoff after losing to Manny Pacquiao in January 2019. With that kind of layoff, it’s not surprising that he didn’t set the world on fire against Santiago last year.

There’s no word yet who Broner will be fighting for his return fight in July, but it’s believed that he’ll be moving back down to 140 to give himself the best possible chance of recapturing his glory.

If Broner does fight at 140, these would be excellent options for him:

Train every day like it’s my last shot. [You] never know how this boxing S*** going to go. I’m just lucky to have Al Hayman and Showtime Boxing. See y’all in July #TheProblem🆎” said Adrien Broner on Instagram.

Staying active is the key

Broner can’t afford to fight a lesser opponent for his July fight, particularly if this is going to be the only fight for the year for him. Fighting once a year puts Broner in a tough spot when it comes to getting another crack at a world title or an important fight.

Broner has missed out on too much time in the last four years for him to continue to be fighting on an annual basis like Gary Russell Jr. Indeed, since 2018, Broner has fought only THREE times, and that’s a pitiful number for a world-class fighter.

The time for Broner to rest is when he retires, not while he’s still active with his career. Broner’s career has stalled dramatically since losing to Marcos Maidana in 2013.