Arsenal take on Leeds United today at the Emirates Stadium, in a match that could have great consequences at both ends of the Premier League table in the race for Europe and relegation battles.

Mikel Arteta’s Gunners are looking to cement their place in the UEFA Champions League slots and achieve a fourth win on the bounce, whilst could move to within a point of Chelsea in third place if they can indeed grab all three points.

There is also room to capitalize on Tottenham’s failure to come away from Anfield with a win yesterday, potentially meaning Arsenal can move four points clear of the Lilywhites with a victory. On the other hand, visitors Leeds find themselves in a perilous position, hovering just above the relegation zone in 17th place.

Nevertheless, fellow basement battlers, Everton has a game in hand on Jesse Marsch’s men, signifying that they need a result to avoid the looming threat of uncertainty surrounding their Premier League status. Leeds come into this one in good form, however, as they have lost just one of their last six domestic encounters.

With both sides having plenty at stake, this match promises to be excellent viewing and could produce plenty of goals throughout.

The Sporting News is following Arsenal vs. Leeds live, with commentary, highlights and score updates below.

20 mins to KO: Kick-off is fast approaching! By the looks of things, The Emirates Stadium is in perfect condition for a game of football. Expect plenty of crisp passes.

30 mins to KO: Luke Ayling makes his 500th career appearance for Leeds today at the Emirates Stadium vs. Arsenal.

👑 Congrats to @lukeayling_8, as he makes his 500th career appearance! pic.twitter.com/bvtGpkTRmm

45 mins to KO: On the flip side, the inclusion of youngster Joe Gelhardt is one that will excite the Leeds faithful. The 20-year-old has five goal contributions from 16 Premier League appearances this campaign, including a crucial 94th-minute winning goal against Norwich back in March.

50 mins to KO: For the Gunners, Cedric will need to ply his trade in an unfamiliar role of left-back today. Nuno Tavares is included on the Arsenal bench, signifying that this is a tactical switch by Mikel Arteta.

60 mins to KO: Both teams are in! Not many surprises from either side today in terms of personnel as both look to set their stall out to get a winning result today.

1hr 10 mins to KO: A touching tribute before this afternoon’s match, as Leeds United man Stuart Dallas begins his recovery from a long-term fractured femur injury.

🙌 There’s only one Stuart Dallas! pic.twitter.com/TA3IRB2Ptx

1hr 15 mins to KO: The stage is set perfectly for an afternoon of football, with a beautiful sunny day in store at the Emirates Stadium.

1hr 25 mins to KO: Not long now until the starting line-ups are announced for Arsenal vs. Leeds. We will bring you them as soon as we have them available.

1hr 30 mins to KO: Leeds will have their own aspirations of coming away from North London with all three points, in what would be a massive step towards securing their Premier League status. Tactically, Jesse Marsch will need to get it spot on to stop Arsenal in their tracks.

1hr 45 mins to KO: Undoubtedly, today is a huge opportunity for the Gunners to take a step closer to achieving UEFA Champions League football next campaign. Can Mikel Arteta’s men deliver a crucial three points in front of their own supporters?

A chance to extend our streak against Leeds ✅

Can we take all three points today? 🤔

2 hours to KO: Welcome to The Sporting News’ live coverage of Arsenal vs. Leeds, as the Gunners aim to extend their lead over Spurs in the top-four race. 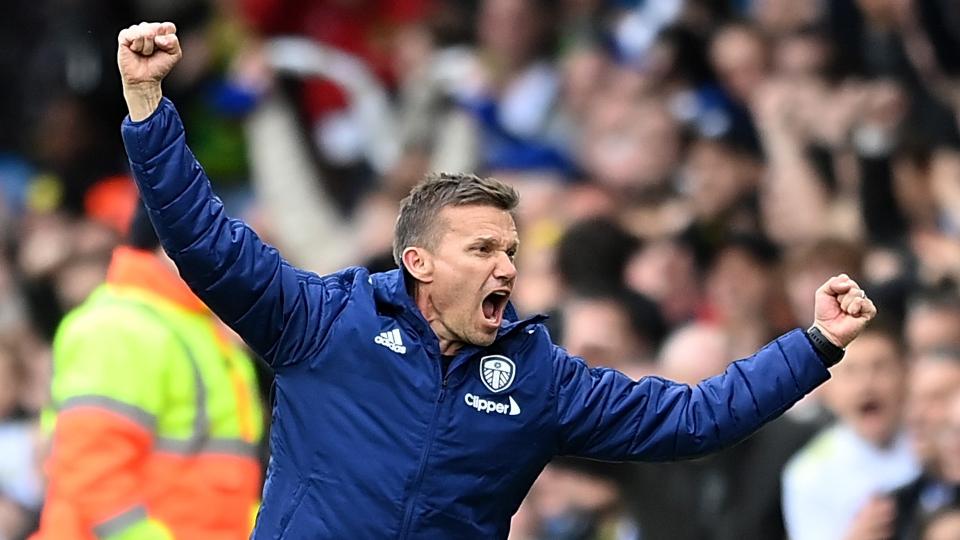 How to watch Arsenal vs. Leeds

In the US, televised Premier League games are also available on fuboTV, which also offers a free trial to new subscribers.