Denver Nuggets big man Nikola Jokic added his name to a legendary list after being voted NBA Most Valuable Player for the second consecutive season.

Jokic’s regular season dominance carried the Nuggets to a 48-34 record and the sixth seed in the Western Conference, despite being without co-stars Jamal Murray and Michael Porter Jr. Murray missed the entire season after tearing his ACL last April. Porter played in the first nine games of the season but was sidelined the rest of the way with a back injury that required surgery.

Averaging 27.1 points, 13.8 rebounds and 7.9 assists per game on 58.3 percent shooting from the field and 33.7 percent from the 3-point line, Jokic was 10th in the league in scoring, second in rebounding and eighth in assists. He also became the first player in NBA history to record at least 2,000 points, 1,000 rebounds and 500 assists in a single season. 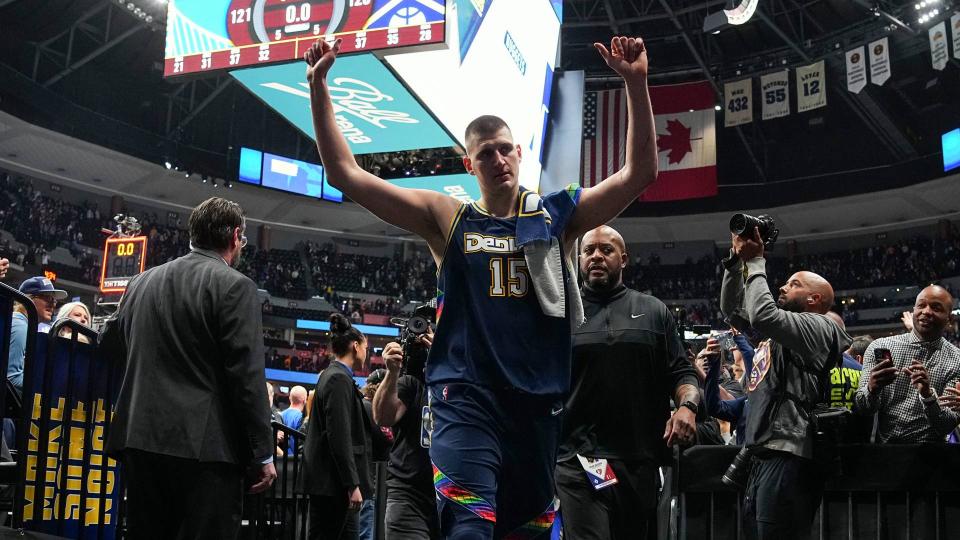 The Nuggets saw their season come to an end in the first round of the playoffs, but Jokic averaged 31.0 points, 13.2 rebounds and 5.8 assists in the series.

Earning his second consecutive MVP award, Jokic joins an elite group of players to achieve the feat, becoming just the 13th player in NBA history, following Antetokounmpo, who did it in 2019-20.

The No. 41 pick in the 2014 NBA Draft, Jokic has career averages of 19.7 points, 10.4 rebounds and 6.2 assists per game. In addition to his two MVP awards, he’s earned four All-Star selections and three All-NBA selections.