How much do Europa League final tickets cost? Rangers and Eintracht Frankfurt ticket allocation for Seville

The 2022 Europa League final will see Eintracht Frankfurt go up against Rangers on May 18, at the Ramon Sanchez-Pizjuan, in Seville. It’s a rare opportunity for European glory for both teams: while this is their first Europa League final, both clubs have made it to this stage of the competition before in its previous iteration, the UEFA Cup.

Rangers featured in the 2008 final, in Manchester, which saw them lose 2-0 to Zenit. Frankfurt had more success when they featured in the 1980 final, a two-legged affair against fellow German side Borussia Monchengladbach. They lost the away leg 3-2, but after a 1-0 win at home, they were victors on away goals.

This season, Frankfurt topped their group before a hugely impressive run through the knockout stages saw them eliminate Real Betis, Barcelona and West Ham on their way to the final. Rangers had a harder time of things: they finished second in their group, behind Lyon, and just a point ahead of Sparta Prague in third. They had to get past Borussia Dortmund in the preliminary knockout round, before seeing off Red Star Belgrade, Braga, and RB Leipzig.

Both sides will be hoping the sun shines on them in Seville, and with a capacity of over 40,000, Sevilla’s home stadium should provide an excellent setting. 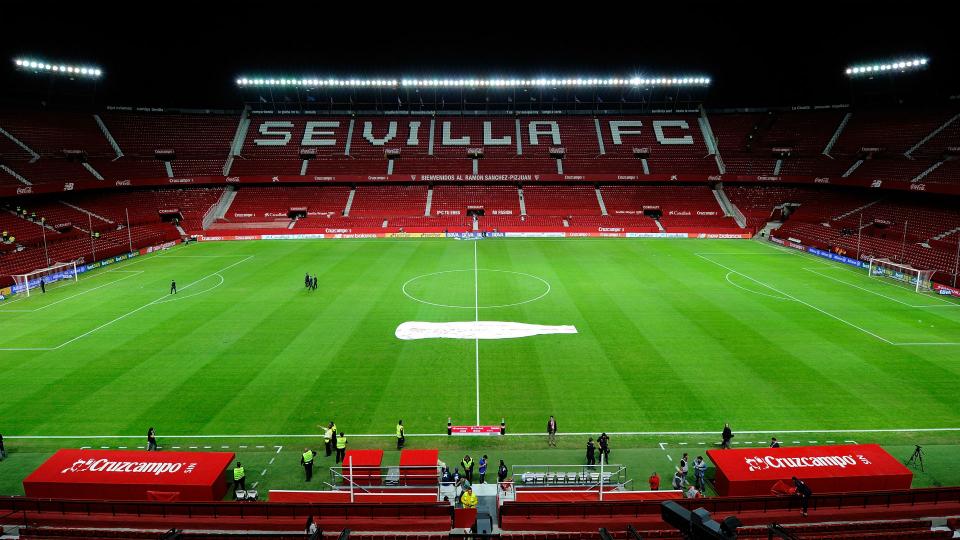 Where is the Europa League final?

The final will take place at the Ramon Sanchez-Pizjuan, in Seville. The stadium is the home ground of Sevilla, who have a rich history in this competition, winning it a record six times.

The stadium has never hosted a Europa League final before, but it did host the 1986 European Cup final, the precursor to the Champions League. That match saw Steaua Bucharest and Barcelona draw 0-0, before the Romanian side won 2-0 on penalties.

The Puskas Arena, in Hungary, was originally scheduled to hold the 2022 final. However, the Covid-19 pandemic brought the 2019/20 Europa League to a pause and, when it resumed, the final stages were played out in Germany. As a result, the 2021 final took place in Gdansk, which was originally scheduled to host the 2020 final, and this had a knock-on effect: the Ramon Sanchez-Pizjuan is the venue for this season, while the Puskas Arena will now stage the 2023 final.

Frankfurt are selling their tickets using an open ballot. The German club have announced that certain fans will be given priority, including away season-ticket holders, frequent travellers, official Eintracht Frankfurt fan clubs, members aged seven and over with March 16, 2022 as the cut-off date for membership entry, and season-ticket holders.

How much do Europa League final tickets cost?

The ticket prices for UEFA’s general public ballot vary, depending on the ticket category. Category 4 tickets cost €40 (£33.95, $41.64), while the most expensive tickets, in Category 1, cost €150 (£127, $156). The clubs are selling their tickets in line with these prices, although restricted-view tickets get sold at a lower price. In addition, of the 10,000 tickets available to each club, 4,000 have been provided free by UEFA.

Both teams have large fanbases, and demand will massively exceed supply, with many fans no doubt looking to resellers on the secondary market. Tickets from the UEFA general public ballot are available online at £1,300 ($1,594) per ticket. Tickets in club specific areas are more expensive, with online prices for the Rangers end starting at £1,700 ($2,085) per ticket, with prices for the Frankfurt end starting slightly higher.

What is Rangers’ ticket allocation for the Europa League final?

The total allocation available to Rangers is 10,000 tickets. Eintracht Frankfurt have the same allocation, with half of the stadium’s capacity allocated to the fanbases of the two clubs. In addition, 13,000 tickets are available directly from UEFA, through their general public ballot. The remaining 7,000 tickets have been held back by UEFA, for sponsors and VIPs.

MORE: Europa League prize money breakdown: How much do the winners get in 2022?

Of the 20,000 tickets allocated to the clubs, 8,000 have been provided for free by UEFA, with 4,000 for each club. As such, many of the restricted-view tickets are being given to fans for free, if they’re successful in their club’s ballot.

As mentioned above, Rangers have appeared in one UEFA Cup final before, in 2008 at the Etihad Stadium. They lost that game, which was held in Manchester, but it was overshadowed by scenes of violence.

The Scottish side took a travelling support of 200,000 fans south to England for the game against Zenit. Although most did not have tickets, there were big screens broadcasting the match at a fan zone in Manchester’s Piccadilly Gardens, where large numbers congregated. 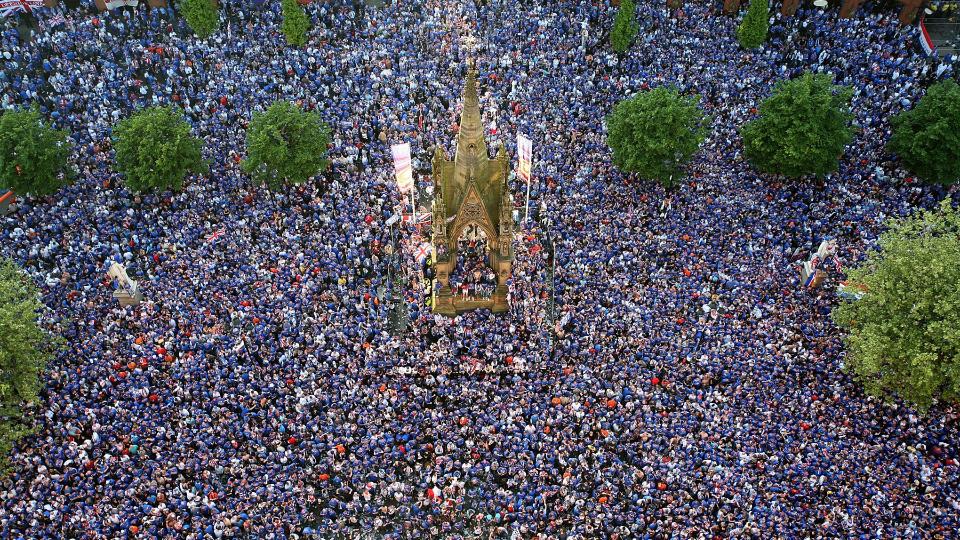 Following some unruly incidents prior to the game across the city, matters came to a head at the fan zone when one of the screens stopped working. Violence broke out, and riot police were attacked as they attended the scene. The unrest continued into the evening, with 39 police officers reported injured, as well as one police dog. Rangers fans reportedly attacked a bank and several bus stops as they clashed with police throughout the city.

The UK prime minister at the time, Gordon Brown, described the scenes in Manchester as “a disgrace”. Rangers chief executive admitted some of the behaviour had been “dreadful” but he attributed that to “supporters that don’t normally attach themselves [to the club]”. He said that, generally, he was “delighted with the behaviour of our supporters”.

What happens if FA Cup matches end in draw? How ties are handled in in 2022